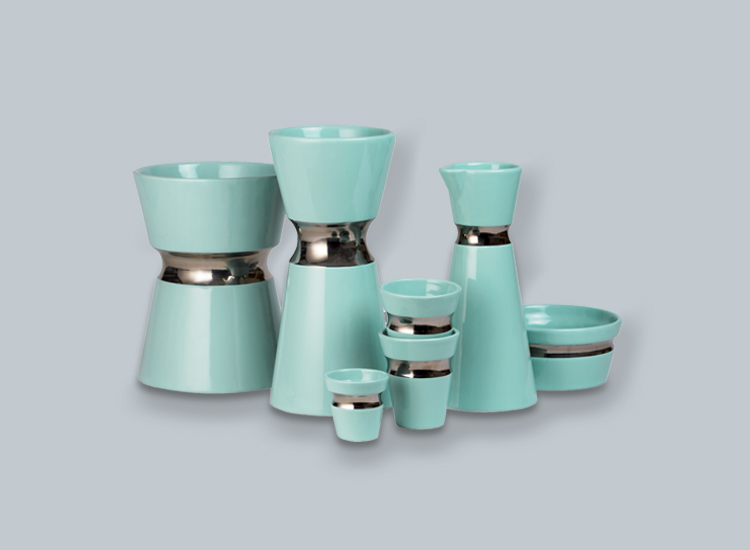 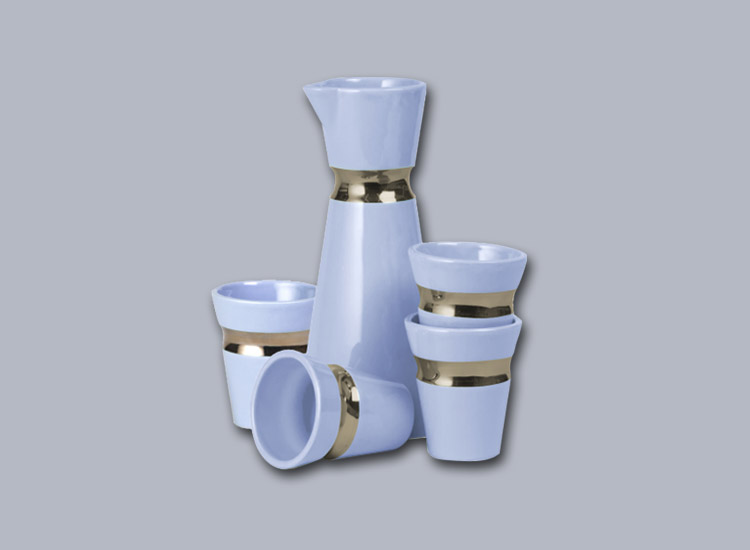 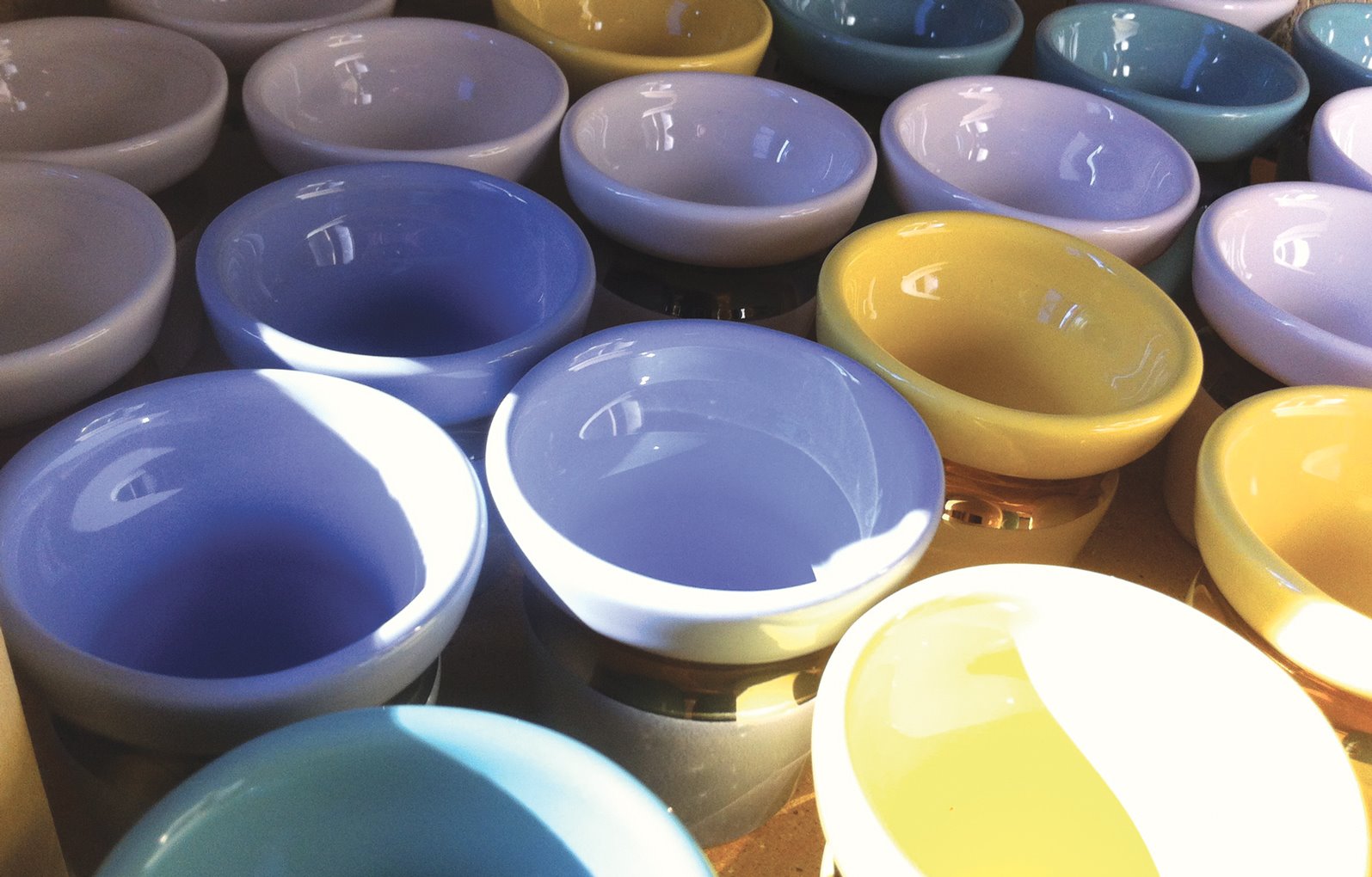 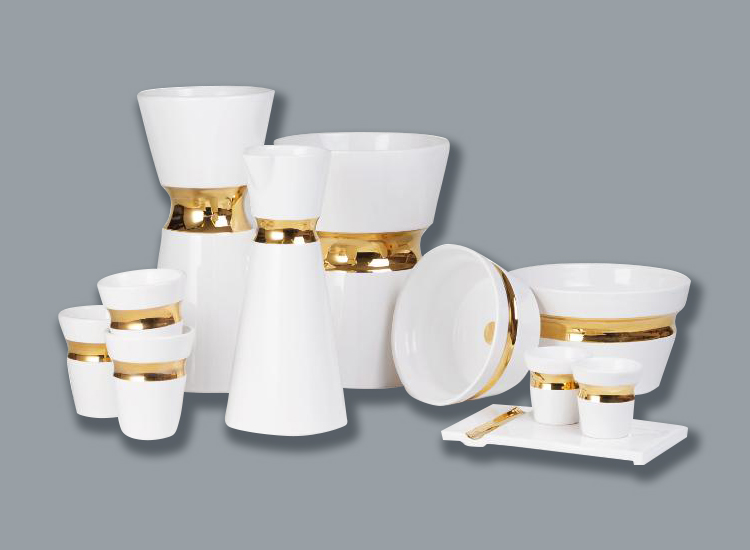 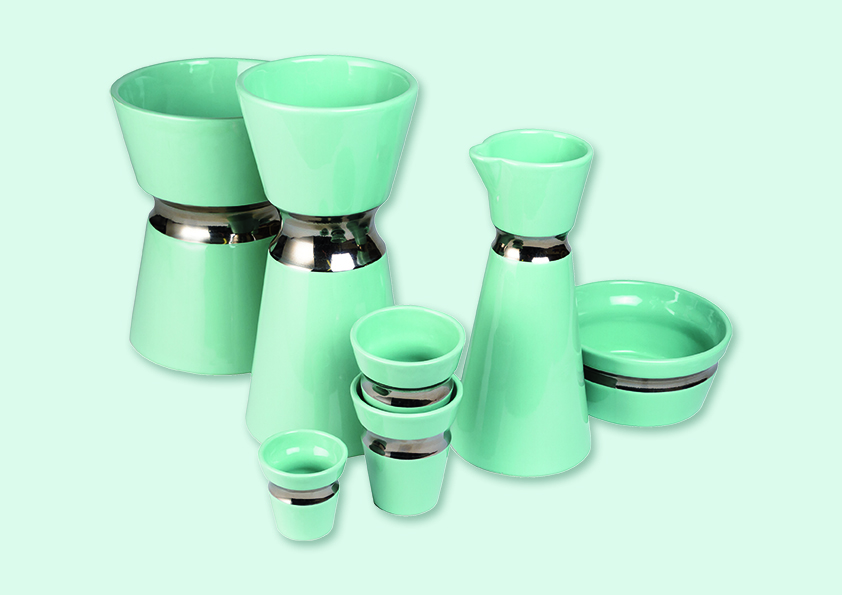 Nevers, is the capital of earthenware. This tradition dates back from the 16th century.

This traditional know how and craftship is passed on to the

An elite is a the keeper of this traditional know how and passes on to the next generation the manufacturing secrets of the so called “high fire” earthenware.

The Faïencerie de Nevers’ production is recognizable thanks to its “rébus-signature” (“two green knots” ) associated with hallmark stamped in the earthenware.

Carole Georges and  Jean-François Dumont belong to the fourth generation of this family owned establishment, their passion for earthenware is still intact over the years. Their work is in keeping with earthenware tradition yet they are looking for a modern look on the coming collection.

This new earthenware table service is the story of an encounter with the designer Alnoor.

The work on the shapes is a clear contrast with classic lines. The geometrical volumes allow one to pile up each piece : carafe and glasses. On the gadroon, « absent », the most emblematic decorations of Maison Georges are added as to ease the memories connections and link this modern creation with the story of its origins.

It is the beginning of a partnership between the designer and the Faïencerie de Nevers, which has been revealed exclusively in New York and  Washington, in October, thanks to an initiative seeking to promote the French know-how of earthenware manufacturers, also supported by the “Ateliers d’art de France”..